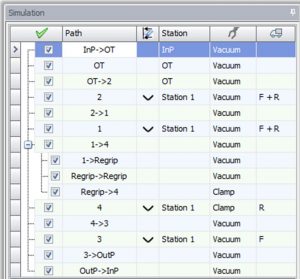 These steps can be achieved in a fully automated mode. Alternatively, you can select the gripping positions manually, and control the trajectories using path Control Points, or by directly manipulating the robot’s joints.

Now you can generate the NC program and let the robot bend the part.